Ahmad Fauzi is the youngest Saraswati grantee. Currently, he is a student in high school. He first edited the Indonesian Wikipedia at the age of 12. At that time, he edited an article about railways. His first article was Jalur Lingkar Osaka (Osaka Loop Line).

After contributed to the Indonesian Wikipedia, he visited the Sundanese Wikipedia and participated in the Wiki Sabanda. Wiki Sabanda was a Sundanese writing contest in 2015. Uniquely, he wrote articles through a 4-inch mobile phone. In that contest, he wrote 118 articles and became the third winner.

Now, he still contributes to the Indonesian and Sundanese Wikipedia. Besides writing, he also becomes a Wikilatih trainer. WikiLatih is Wikimedia Indonesia education program that gives writing training on Wikipedia. In the Saraswati, Ahmad Fauzi has written extensively about landscapes and national parks.

Another Saraswati grantee is Arief Rahman. He independently toured villages in Kalimantan to take photos at the end of 2010. Initially, he only wanted to complete Wikipedia articles with photos. However, he finally continued to be a contributor in Wikimedia Commons. Besides public buildings, Arief also took photos of traditional houses, historical sites, and landscapes. 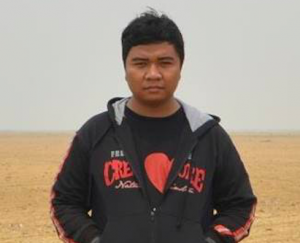 Arief knew about the Saraswati through social media. Then, he tried to send the application in the hope that he could qualify as a grantee. He said that the Saraswati grant could support him to contribute more to Wikipedia.